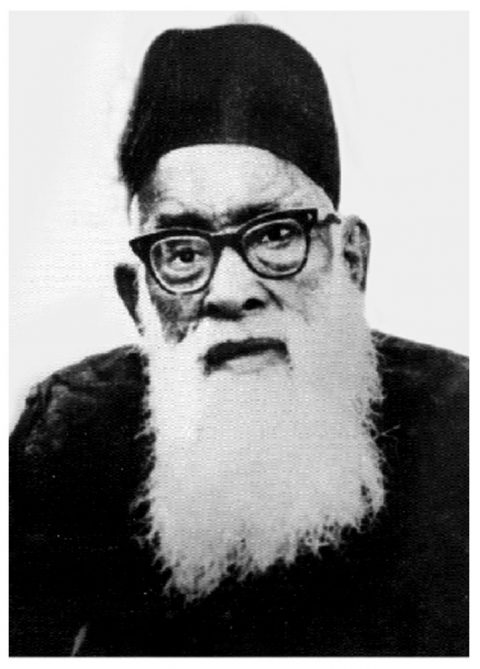 Khan Bahadur Ahsanullah was born in 1873 in a village called Nalta of Shatkhira district. He obtained his MA in Philosophy in 1895. At the beginning of his professional life, he worked for a short while as a Supernumerary Teacher at Razshahi Collegiate School. In the later periods, he became a Deputy Inspector in Faridpur, and Bakarganj. Later on he became a Divisional Inspector in Chittagong and finally he became the Assistant Director of the Education Department of the united Bangla of that time.

Among the Bangladeshi officers, he was the first to be promoted to the post of I.E.S. Before him no Indian was ever promoted to this post. He retired from that position in 1929. He was awarded with the title of Khan Bahadur by the then government as a recognition to his contribution behind different kinds of improvements of the Education Department and also for his honesty and voluntary activities for the betterment of the Education Department.

He was also selected as a member of the Calcutta Royal Club. After his retirement, he had engaged himself in the spiritual development of his countrymen and social works. For this he established a social welfare organization – Ahsania Mission. The aim of this organization was – “Serving the creation and worshiping the creator”.

Although Ahsanullah was educated in the mainstream arena, he spent his entire life in the worship of Allah. He was a scholar of the Holy Quran and Hadit. He was also a philosopher, historian and most of all a man of a great heart. Throughout the span of his 92-year life he wrote 64 invaluable books in very easy language. The subject matter of those books were history and comparative religion. He was a relentless warrior to establish a prejudice-free Muslim society with the true spirits of Islam. His whole life was a struggle against blind prejudice and superstition.

From his childhood, he remained in the thoughts of benevolence. In his leisure time he became occupied with the thoughts on the love of the creator. Spiritual devotion was one of the key individualities of his life. He was renowned for his spiritual endeavors and respected by his country’s leading spiritual leaders of Islam.